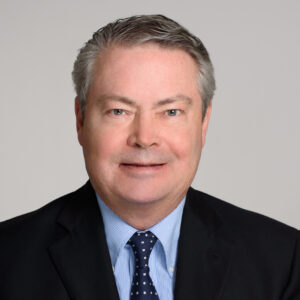 Michael Smith is an experienced economic development professional with more than 20 years serving in local organizations and with the NC Department of Commerce.

At his most recent position in Lee County, he had significant success in business recruitment and product development. Smith has served as the President of the North Carolina Economic Development Association (NCEDA).  He earned a Bachelor of Arts in Political Science and a Master’s Degree in Geography with a concentration in Urban/Regional Planning from East Carolina University. 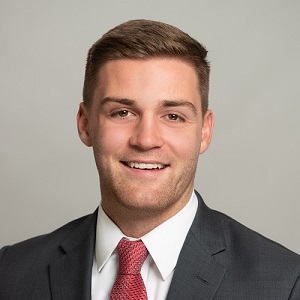 Sam Rauf serves as the project manager for the Chatham Economic Development Corporation. He leads the organization’s business retention and expansion program and supports new business recruitment for Chatham County.

Prior to joining Chatham EDC, Sam worked with the Research Triangle Regional Partnership, an economic development organization sustained by and committed to 10 core counties including Chatham County. While at RTRP, Sam organized visits for foreign delegations, was the team lead on business recruitment research and assisted in social marketing efforts.

Sam studied Economics at Roanoke College where he played soccer. He and a teammate also started a non-profit called Futbol Scholars to collect donated soccer gear for children in rural areas.

Sam is a native of Cary, North Carolina and enjoys supporting all of the local sports teams as well as exploring the outdoors. 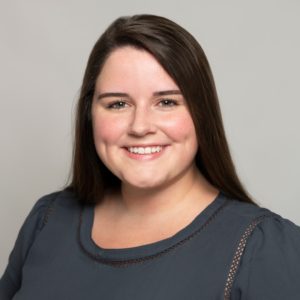 Ann joined the Chatham Economic Development Corporation after graduating from the University of North Carolina at Chapel Hill with a degree in Communication Studies and Political Science.

A native of Eden, North Carolina, Ann is passionate about the unique, small-town cultures that can be found throughout North Carolina and is a devoted fan of Carolina Basketball.