SILER CITY — The Siler City board of commissioners approved three resolutions in a special hearing Monday to close and reroute a series of roads abutting the Mountaire Farms facility — almost three years after the national poultry processor first requested permission to overhaul the downtown artery.

According to Mountaire’s virtual rendering of the $6 million project it plans to fund, East Third Street’s current terminus at U.S. Hwy. 64 will close to regular traffic and shift about 510 feet west, replacing North Avenue. East Fifth Street and Johnson Avenue — minor roads running through the Mountaire complex ­— will also close to the public.

2022 poised to be a year of opportunity in Chatham, EDC says

When It Comes To Land, Chatham’s in High Demand

From Chapelboro: A regional developer who just bought 193 acres of land near Triangle Innovation Point — the latest in a series of high-acreage purchases in Chatham — says location and vision make the county Read more… 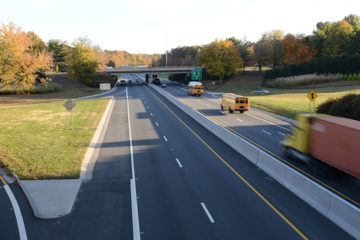 From WRAL News: North Carolina could get a new interstate as part of a newly-passed federal infrastructure bill. It would be known as Interstate 685 and potentially have a big impact for the Carolina Core region, Read more…