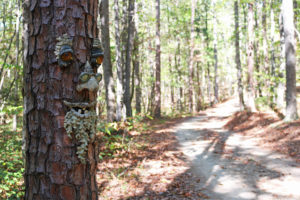 For Bear Creek Brews, getting there is half the fun. You can rely on your GPS to get you in the right area, but you’ll need the exact directions from the owner and master brewer, Dave Peters. The GPS would have you turn down the wrong street, park, and walk the rest of the way. But carefully following the directions from Peters, received after scheduling your appointment to visit, will take you to the right place.

What is the right place? After passing the little house at the entrance, signs point visitors towards Bear Creek Brews, down a winding stretch of an unpaved driveway, followed by the faces on the trees. After passing the alternating goofy, wise, and friendly tree faces, visitors come upon the home Peters and his wife built on the property.

The entirety of the Bear Creek Brews operation is tucked away behind the home on 38 acres of land in an accessory building and 20’ shipping containers. The structure was built around the existing oak and pine trees and features recycled flagstone and granite pavers. 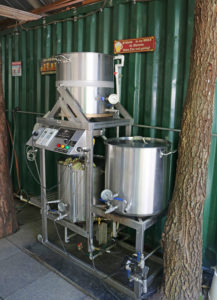 Under that building is where all 12 Bear Creek Brews come to life. Of the 12, there is one lager, one semi-lager, also known as a kölsh, and 10 ales. Peters has the capacity to brew one barrel at a time. Bear Creek Brews takes the idea of a microbrewery one step further, operating as what Peters describes as a nanobrewery.

As a nanobrewery, it takes a week to produce one barrel of beer. In addition to his 12 usual beers, he also does custom batches for beer lovers looking for something unique, often for weddings and special events. With his brews, Peters sees himself and his business as staging the craft beer revolution, one beer at a time.

“I want to make a little bit of good beer, and that’s what we like to do,” Peters said. “I like to get one person at a time to stop drinking that light, fizzy institutional stuff. One of my favorite beers to make and to drink is the Honey Pale, with some orange blossom honey, making it a very flavorful and aromatic beer, and nice-drinking.” 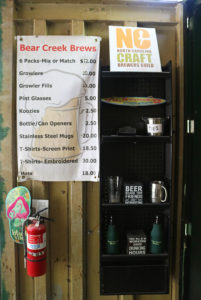 Bear Creek Brews are also available at a few different local spots, including Fair Game Beverage Co. and the Oasis Fresh Market and Deli. On Pittsboro’s First Sundays, Peters sets up shop with Bear Creek Brews for the event. He enjoys sharing his beer locally, as he wants to remain a small, local business with close ties to the community.

Following a career in landscape construction and dabbling in home brewing, Peters decided it was finally time to make his home brewing hobby a business. His biggest hurdles were the regulations that applied to everything from the brewing to building. He had learned how to brew beer from a home brew kit his wife gave him, following the motto of his alma mater California Polytechnic State University, learn by doing. 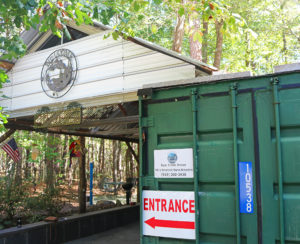 In addition to the advice Peters shares to other home brewers about the business, he also has more general advice for anyone: “Absolutely follow your dreams. If you’ve got a dream to do something, go ahead and follow it. Plan it, don’t jump too soon, but get it planned and if you have a passion for doing it, you got to do it.”

Want to follow in Dave’s footsteps and plan your dream business? The EDC can help connect you to the right resources. 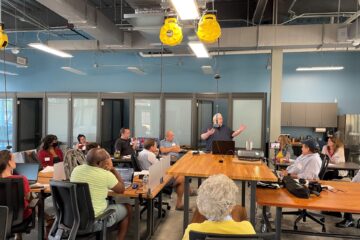 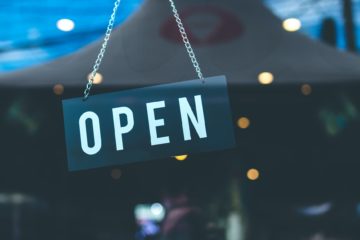