PITTSBORO, NC – March 29, 2022 –VinFast, an electric vehicle company headquartered in Los Angeles, California, announced Tuesday that it will establish a new facility in Chatham County. VinFast is part of Vingroup, the largest privately held company in Vietnam. The facility will be the first original equipment manufacturer (OEM) to locate in North Carolina.  The facility will produce both electric vehicles and batteries.

Governor Roy Cooper announced that the automotive company has purchased land at the Triangle Innovation Point in Moncure and will create 7,500 jobs at an average salary of $51,096. The company will invest $4 billion in the site and Chatham over the next four years.

Chatham County has worked to build upon the growth in the Research Triangle and Triad regions and benefits from a robust existing workforce and excellent quality of life. VinFast follows several recent advanced manufacturing announcements in central North Carolina, including the recent Toyota battery manufacturing announcement at the nearby Greensboro-Randolph megasite.

“In Chatham County, we have been positioning ourselves to be ready for responsible, forward-thinking, future-ready industries,” said Chatham County Board of Commissioners Chair Karen Howard. “I am proud to be part of the team that set the groundwork for us to welcome this investment by VinFast that fits squarely with the goals of our comprehensive plan, Plan Chatham.”

The announcement is a win for the entire central North Carolina region, as VinFast will draw its workforce from Chatham County and likely 22 other counties that are within an hour’s drive.

“VinFast brings great opportunity to our region and Central Carolina Community College is excited to be a part of their workforce solution,” said President of Central Carolina Community College (CCCC) Dr. Lisa Chapman. “Along with our regional sister community colleges, K-12 school systems and universities, we have the career pathways to support the targeted talent pipeline. CCCC’s commitment to expanding industry partners such as VinFast, includes a comprehensive array of education and manufacturing solutions customized to fit the industry needs.”

The arrival of the electric vehicle manufacturer coincides with North Carolina’s efforts to transition the state to electric and zero-emission vehicles. North Carolina currently has over 1,500 miles of EV corridors, which are sections of roads with planned or actively available charging stations.

“We are grateful for this opportunity and thrilled to welcome VinFast to Chatham County, North Carolina, for its first electric car manufacturing plant in the United States,” said Chatham County Manager Dan LaMontagne. “This investment will benefit our community for decades to come by employing thousands of people in our region to build environmentally responsible vehicles that will reduce our carbon footprint.”

The work of the EDC is supported by many investors and allies, including its Accelerate 2026 campaign supporters and Convergent Nonprofit Solutions. Chatham EDC is assisted by the ongoing marketing efforts of both the Carolina Core and the Research Triangle Regional Partnership.

Efforts to establish Chatham County as an OEM destination began over twenty years ago. Past EDC Presidents Dianne Reid, Kyle Touchstone, and Alyssa Byrd, along with key real estate partner Steve Stroud, laid the foundation for Chatham’s future success. The EDC is supported by its board of directors, and the strong work of recent past chairmen of the board including Jeff Wilson, Douglas Emmons, and Chris Ehrenfeld.

“This announcement is the culmination of decades of hard work by current and former EDC staff, Chatham County staff, our elected officials, local and regional partners, and support from citizens,” said Chair of the EDC Board of Directors Greg Lewis. “Welcoming a major employer like VinFast to Chatham County will transform the area, positively impacting the tax base and will retain and draw people to the area for years to come. This has always been the vision for Chatham County, and we are very excited to witness it come to fruition with this project.”

About Chatham County
Chatham County takes center stage in North Carolina, strategically located between the Research Triangle and Piedmont Triad. The third-fastest growing county in the state is home to the towns of Pittsboro, Siler City and Goldston as well as several unique rural communities. Residents and visitors alike enjoy 30+ miles of trails and abundant greenspace, 5 golf courses, and an additional 85 miles of greenways are in the works. Chatham also features Jordan Lake, the second-most visited state park in North Carolina. Chatham Park, one of the largest mixed-use developments in the nation is currently underway in Pittsboro. 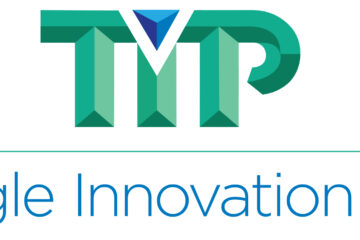 From the Triangle Business Journal, by Evan Hoopfer: FedEx is planning to open a large distribution center in a growing area of Chatham County. FedEx Corp. (NYSE: FDX) plans to operate out of a 338,000-square-foot Read more… 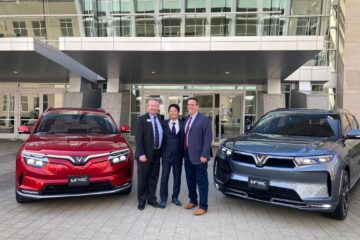 From the Chatham News + Record: By Bill Horner III, Publisher The genesis “Project Blue,” as it was first known, got its start with a site visit by VinFast to the TIP site in Chatham Read more… 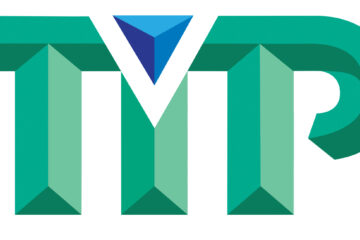