While the “Carolina Core” is made up of a broad swath of land, people and facilities across central North Carolina, its proprietors see it as a strategy, a strategy designed to bring employers to the middle of the state.

“It’s strategic in its own right,” says Stan Kelly, president and CEO of Piedmont Triad Partnership and lead voice for the Carolina Core. “On the other hand, it’s a logical, how do you put Central North Carolina together in a way that increases our likelihood of winning and thriving in the future.”

Birthed out of the Greensboro-based Piedmont Triad Partnership, economic development organization, the Carolina Core is about five months old as a branding strategy of acres of land stretching from Surry County near the Virginia state line all the way down to Fayetteville, along the U.S. Highway 421 corridor. It incorporates four major megasites — including the Chatham Advanced Manufacturing Megasite in Siler City and the Moncure Megasite — several four-year and community colleges and multiple airports and military bases. Its tag line — “Your Next Big Move” — is symbolic of Kelly’s goals for the area: recruiting a “transformational project.” 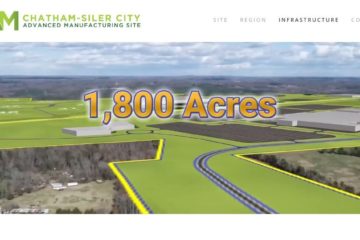 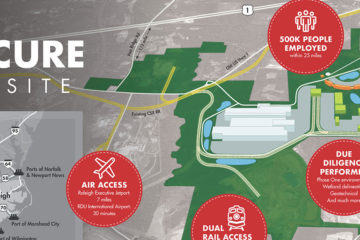 The megasite corridor between Winston-Salem and Fayetteville, branded as the Carolina Core, will now have a more united identity to help economic development efforts. The Piedmont Triad Partnership announced the regional brand at the Wyndham Champions Breakfast Read more…